"Every journey of 10.000 miles starts with one step ", a Chinese proverb, which certainly on our China trade mission. Johan van Barneveld took the initiative in 1602 together with the States-General to establish the Dutch East India Company and became the largest trading company in the world .... Admirable as will say. For us, China often still resembles 1602.

It is August 2013, when it was decided that I would travel together with my partner Pascal Arts for a period of six months to our trading post in China, with the mission to find a new location for both our office and our machining/assembly factory.- and assembly factory and move it before the Chinese New Year at the end of January 2014. Moreover, our Chinese location needed to work on the new ERP system Exact with several other assignments. Synergy between the parent company in the Netherlands and the trading post in China was the codeword. Within two months we left to China.

And we were getting more and more enthusiastic. Japanese Lean decoration, new floor, 1800m2, hypermodern…

Unlike Johan van Barneveld we were able to travel with an aluminum kite and we changed a horse and wagon for . a modern taxi, but still!
And so when we put the new VOC 2.0 team we set foot ashore in October and are moving us ever since in Guangzhou China on a trade mission for Rokatec. Guangzhou (also known as Canton) is a city of about 14 million people, more or less as big as the province of Utrecht. The city is known for its smog, but then again also for its wonderful cuisine. The language is Cantonese, what is really different than the Mandarin, and not a lot of people understand or even speak a little English. The Netherlands is 5700 miles away.
Well, go and start on it. Chinese we only know from the dinner menu and we still stumble over the chop sticks on a daily basis.

So there we were at the end of October, After nine visits to other trading posts (read: old plants) We ended up in a modern Japanese / Chinese clothing factory. Our colleague has done a good preparation, this one it has to be. And we were getting more and more enthusiastic. Japanese Lean decoration, new floor, 1800m2, hypermodern ... This trading post we must have and the strategy was deployed in the form of a new meeting after the weekend.

Tuesday was the Dutch delegation with our Chinese colleagues across the table from Chinese employed by a Japanese shareholder. A table where the EU in Brussels would be jealous. A boardroom with 60 seats, 8 meters of wood / leather table where Pascal immediately placed himself at the headend. So that's already 1-0, but Banzaai was the counterattack from the Japanese / Chinese camp, price is price and moving along from Japan was not possible. Space at size, growth, less m², 3 years price graduated .... every time we were put back in the corner. After 2 hours, discussing about energy capacity, personnel must have no criminal record, tax including. or excluding. we were done with it. Welcome to China.

In addition, I began to show signs of first scurvy so I was off and I went straight to the cage. We felt somewhat defeated. These are called the moments that we have to think back to Balkenende " put the shoulders to the wheel." Where remained the "VOC" mentality in this country?

On Friday, our Chinese colleague already receives a phone call of the intermediary with the question if we already know something. Look, we know enough and our war starts at the trading post in foreign. We want the price down, flexible contract. However, they insist that this is in accordance with the market price. Consult with the Netherlands, reporting, counting, etc.. Friday afternoon we already received remittance to man the new post, but 'less is always better' was the message from the Netherlands. We prefer to hoist it over the weekend was our message regarding the . tactics to be determined. But .... Saturday morning during our Dim Sum breakfast and 'tea messing around' with our colleagues, suddenly the owner / shareholder on the phone: There are more pirates at sight, we have to respond this weekend.

We still think, which Chinese company wants to do business with a Japanese company currently? For the laymen among us, China has some arguing for amongst others. a small island. But oké, This is our war, and therefore 0,50 cent per m² of the price, No additional taxes and energy prices fixed! Wonderful to discuss all the tactics. This is going on for about the whole Saturday, negotiations are not over yet, even during a cultural visit to a religious tomb museum. Gradually we were done with it and told this to our Chinese colleagues, the literal translation towards the other camp was left omitted luckily.

Eventually we got at 17:45 the redeeming text message that they agree with our terms and conditions. We think our home post in the Meern of the Netherlands, would keelhaul us as soon as they heard that we would have ended in shipwreck by 0 ,50 cent per m².

January 2014: Heavy and large CNC machines are coming from the secondand Floor and 'lifted' on to the trucks. The office had already been moved. D-Day had come for Rokatec China, We had three days to pack an entire factory and move. This was also the last chance to even hire this special heavy moving company before Chinese New Year. A strategic masterstroke was proven later on. We worked everything out to the perfection. Only one day before the real moving we unplugged, our prediction was that the last product rolls out at the machines at 14.00 .. Immediately they started with the big cleaning of the material and the draining of the cooling water and oil.

The assembly line was still continuing , because a 40ft container needed to be loaded to the brim. Transport to the Netherlands cannot be delayed due to. Chinese New Year and the big move, was the assignment. Just in time there was the truck with the 40ft container, However, the rented fork-lift truck was still nowhere to be seen. He was driven in a hole and turned out to have a blowout with some damage. Let's go to the new location, at which the container with the other pallets were loaded. Met uiteindelijk 1,5 hour delay the container left to the port.

At 7 pm the trucks arrived with the CNC machines at the new location. It all needed to be done today, because Chinese New Year was nearby. At 12 o'clock every machine and desk was set and we got a lift in front of the truck towards our apartment. The next day our colleagues started their vacation and we were able to decorate everything Lean how we wanted in those two weeks, counting and putting on location. In April our original return date was scheduled, but the trade mission expanded and so we stay here until September: 1 year in China.

China slowly begins to reveal itself to us. It must be of course, if we think back and calculate how many miles we have traveled in 9 months already, by foot, by Metro, by taxi and train. However, also miles in misfortunes, bridgings, patience and above all, keep on going. Miles which are resulting in the synergy Rokatec envisioned 9 months ago and where you as a customer can bear its fruits ...VOC 2.0.

We think our home post in the Meern of the Netherlands, would keelhaul us as soon as they heard that we would have ended in shipwreck by 0 ,50 cent per m². 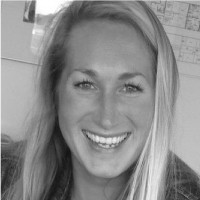